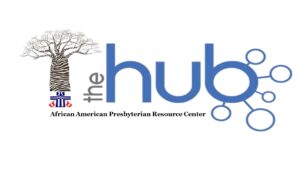 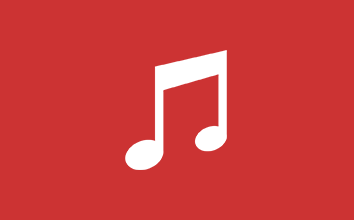 liturgical music, also called church music, music written for performance in a religious rite of worship. The term is most commonly associated with the Christian tradition. Developing from the musical practices of the Jewish synagogues, which allowed the cantor an improvised charismatic song, early Christian services contained a simple refrain, or responsorial, sung by the congregation. This evolved into the various Western chants, the last of which, the Gregorian, reached its apogee in the Carolingian Renaissance. From the 10th century there also emerged a vast number of hymns. 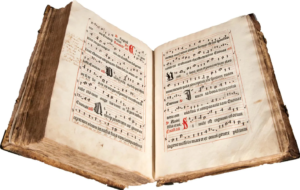 Polyphony (the simultaneous combination of two or more tones or melodic lines) was at first restricted to major feasts. Solo ensembles of virtuoso singers were accompanied by the organ or, possibly, a group of instruments. By about 1200 the early polyphonic style culminated in the spectacular organa of the Notre-Dame school composers Léonin and Pérotin.

The 14th century saw a proliferation of locally produced verbal tropes set to music by more or less trained composers, often in relatively simple homophonic (chordal) manner. In French circles, however, isorhythm (use of complex underlying rhythmic repetitions) was applied to the motet and also to sections of the mass. The first few polyphonic settings of the ordinary of the mass as a unified whole date from this century.

Late medieval church music became progressively more direct in method and expression. Subtleties of rhythm gave way to a strong feeling for tonality, order, and symmetry. The liturgical music of the Burgundian Guillaume Dufay, John Dunstable and Leonel Power in England, and their contemporaries was written for princely chapels and court ceremonies, rather than for abbey and cathedral.

During the Renaissance the use of small choirs rather than soloists for polyphonic music was established. Although the a cappella (unaccompanied) choir style is associated with this era, church choirs were sometimes accompanied by organ and other instruments. The Netherlanders Jakob Obrecht and Jean d’Okeghem, succeeded by the celebrated Josquin des Prez, brought clarity and lyricism to an art that had sometimes leaned toward the sombre. In the next generation the Italian Giovanni Pierluigi da Palestrina, the Fleming Orlando di Lasso, the Spaniards Tomás Luis de Victoria and Cristóbal de Morales, and the Englishman William Byrd provided outstanding contributions.

The Renaissance also witnessed the growth of liturgical organ music, which was used originally when there was no choir capable of singing polyphony. The organist alternated harmonized settings of plainsong hymns, canticles, and masses with plainsong verses that were sung by the choir or by the congregation. The rise of the verse anthem in England and of the Baroque motet in Italy (genres that included elaborate vocal solos) stimulated the organist’s ability to improvise accompaniments. In Venice, Andrea and Giovanni Gabrieli and their followers made dramatic use of spatial contrasts and opposing forces of strings, winds, and voices.

In Germany the chorale, or hymn melody, was an important ingredient of motets, organ music, and, later, cantatas. Heinrich Schütz, Franz Tunder, and Dietrich Buxtehude led music to assume the greatest importance in church services, culminating in the liturgical music of J.S. Bach.

In the Classical era, anthems, motets, and masses—often of routine quality—continued to be written. The great composers of the era often set liturgical texts with the concert hall, rather than the church, in mind. The resounding, spirited, and church-intended masses of Joseph Haydn and the other early Viennese masters remained a local product.

The masses of Ludwig van Beethoven, Franz Schubert, and Anton Bruckner, the motets of Gioachino Rossini and Johannes Brahms, the organ music of César Franck and Max Reger, and the requiems of Hector Berlioz and Giuseppe Verdi belong to the extremely varied development of church music in the 19th century. An attempt to revive the 16th-century style drew some composers of church music away from the earlier Romantic flamboyance. In the 20th century such composers as Ralph Vaughan Williams, William Walton, Benjamin Britten, Olivier Messiaen, Francis Poulenc, Igor Stravinsky, and Krzysztof Penderecki helped show new paths for the ancient forms.

What you looking for